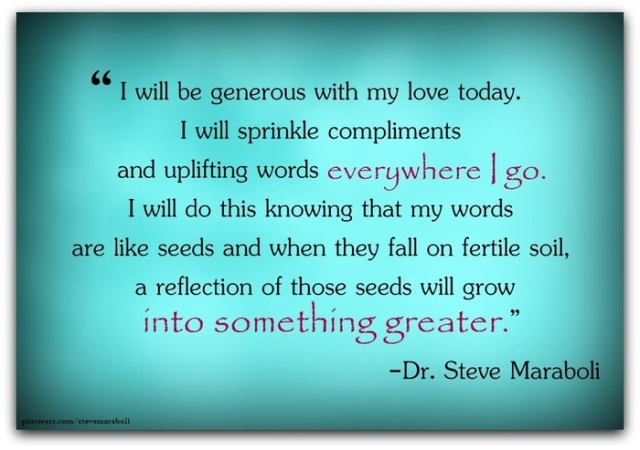 I was blessed with the most uplifting last few days.. I have so much to write about.. But I want to start by telling you about something that was completely unrelated to my trip that happened yesterday.. As I was in the Airport at one of the tall plug-in Outlet locations letting my phone charge and answering some emails on my laptop a “young couple” walked by and as they did I hear their conversation.. It was crowded and they got stopped right in my area as people came out of a Gate unloading passengers.. The words were surprising.. She states to him.. “You know you are the most amazing Husband and Father a girl could ask for.. She continued and said. I appreciate you on so many levels and my life would never be as good as it is right now if I ever had to live it without you..” I have to admit I was shocked and then moved all at once.. They were struggling with bags, rushing to a flight.. in an airport and she took the time to express her love and gratitude.. and to me they were still babies.. Probably upper 20″s.. It made me sit there and think.. and that made me feels kind of sad.. Why? because  it has become normal to hear people arguing when they walked by? It is sad to think that the latter is what is the norm today.. We have no problem showing our frustrations, but seem to have a problem showing our love and appreciation in public.. where public eyes and ears can see and hear them.. If we could only turn that around and make it the normal thing we see and hear.. think about how just a few words could absolutely change ones day.. Try saying something positive to those around you.. not in private.. IN PUBLIC.. Where everyone can see and hear you.. That is my challenge for this next month.. and I challenge all of you to do the same..